Barbados is the most easterly island of the Caribbean. Unlike most of the other islands,Barbados is non volcanic. Hence it is relatively flat, with the highest elevation only a 1000 feet.

With 97 kilometers of coastline, Barbados has beaches to suit everybody: from the calm leeward coast to the windy wind and kite surfing paradise at the South coast. 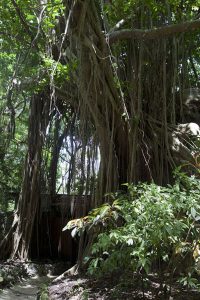 The first European settlers to arrive were Portuguese, who gave the island the name “Los Barbados”, (the bearded ones), after a fig tree that still can be found on the island.

In the 1600’s the English arrived and started the lucrative farming mainly of sugarcane. To work the fields they imported slaves from Africa until slavery was abolished in 1834.

A nickname of Barbados is “Little England”. The island is one of the few in the Caribbean that has been solely an English colony, so there has been no destruction  of British buildings by other nations.
The population has also maintained a lot of the English character, albeit mixed with African influences. Popular are cricket, horse racing, golfing and last but not least afternoon tea!

Barbados has a large international airport served by major Airlines from the USA, Canada and Europe. Hence it is is an ideal gateway to the Grenadines.
By far the most convenient way to get to the Grenadines from Barbados is to fly with the Grenadine Air Alliance, with direct flights to Bequia, Mustique, Canouan and Union. More affordable is to fly LIAT to St. Vincent.