The first settlers of Mayreau were Indians from South America. After that French settlers and plantation owners owned the island.
They brought enslaved people, mostly from West Africa. When slavery was abolished, little materially changed for the population, people still relied on farming and fishing. As a result, a lot of men went to sea to work on freighters to support their families. Now yachting and kitesurfing tourism is another source of income.
Apparently the English were not too interested for a long time, so the island has remained a French Catholic possession.
Now, most of the island is still privately owned, apart from the village which is mostly government land.

Mayreau is situated about 7 miles South of Canouan. The population of only about 200 live in the one village on the highest hill of the island, “Station Hill”. 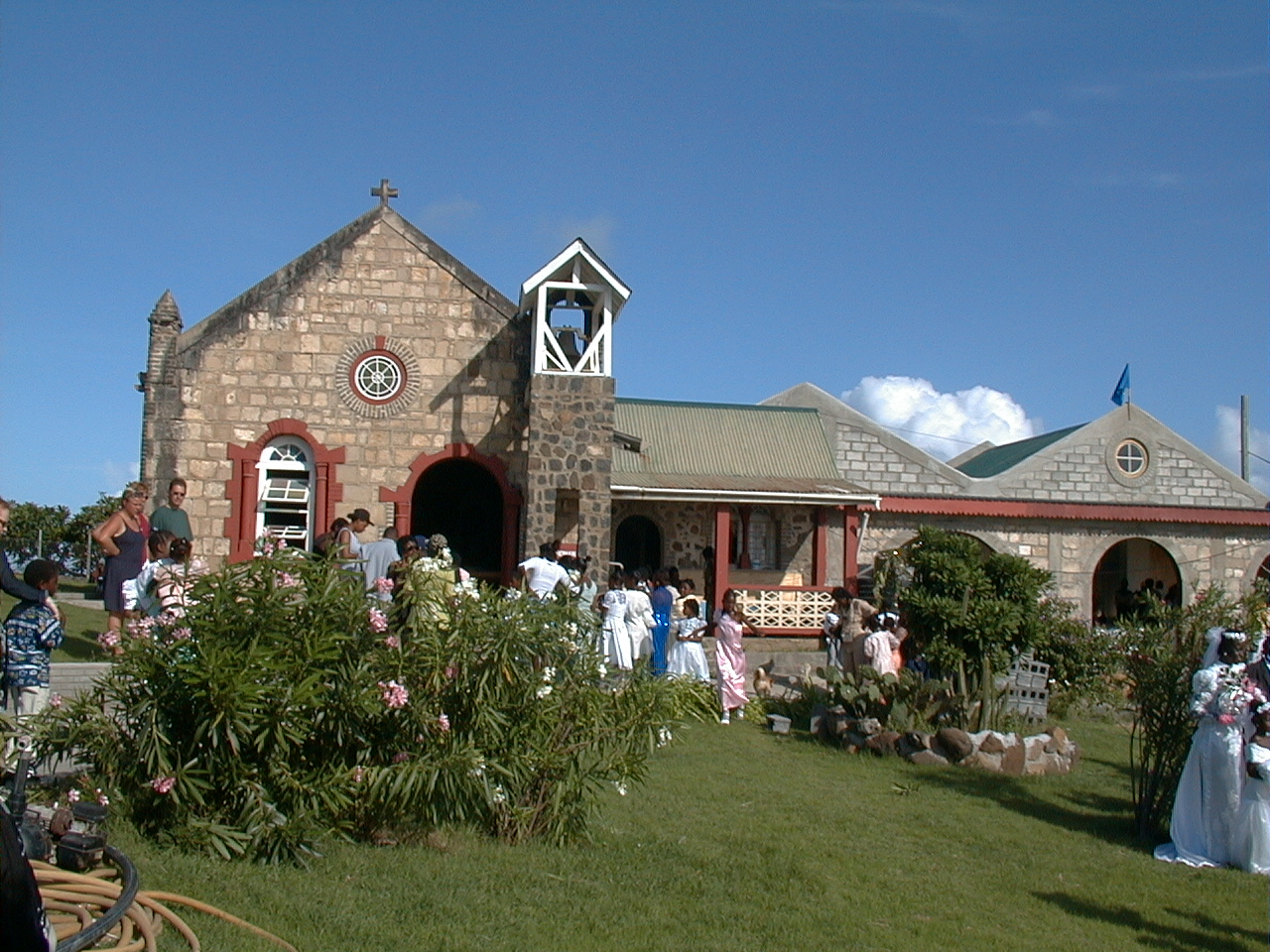 Mayreau is the only island in the Grenadines that is predominantly Catholic. From the charming church on “Station Hill”, one has a magnificent view over all the Southern Grenadines, including the clearly visible reefs of the Tobago Cays.

Mayreau is only 3 miles from the Tobago Cays. Therefore this is a great location for a “land and sea” vacation: Be land based on Mayreau and take excursions by sail or speedboat to the neighboring Southern Grenadines, none of which are more than 6 miles away.

Mayreau is a beach lovers paradise: Famous Salt Whistle Bay is in the North, a perfect half moon beach. A sand spit only 50 yards wide, fringed by palm trees, separates the Atlantic from the Caribbean side. 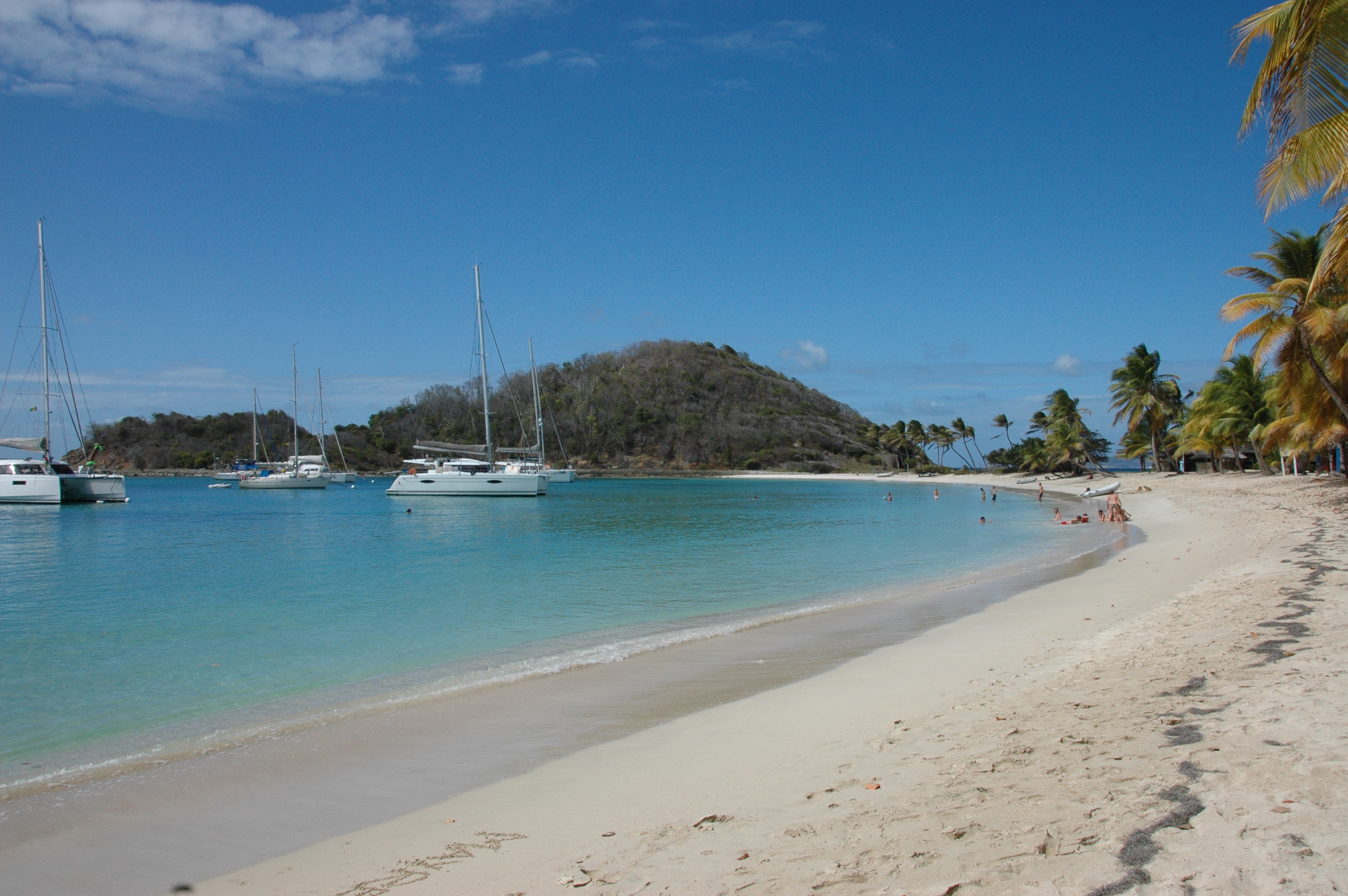 The windward side of Mayreau is one huge deserted beach, you could spend days picnicking, sun bathing, and snorkeling in the underwaterworld of Mayreau Garden.

The southwestern,leeward beach is Saline Bay, nearly a mile of white sand with calm, clear water,ideal to bring your family! Overlooking Saline Bay is Dennis’guesthouse, bar and restaurant.
Diving around all of Mayreau is fantastic, most dives are also suitable for beginners. Mayreau is part of the Tobago Cays marine park, fishing is strictly prohibited.

The island is close to Union with its small airport connecting it to Saint Vincent, Barbados, Carriacou, Grenada and Martinique. Because of that we usually suggest starting a crewed yacht charter in Bequia or St. Vincent and disembarking in Union Island or Mayreau. This way you get to see most of the Grenadines in a relatively short time.